When we talk of things that is dearly Filipino, one thing that comes to mind, aside from his love for food and his Faith, would be his love for music. And no better way to express that than singing.

Filipinos are music lovers. That is a fact every Pinoy would agree on. We love music so much that we become faithful fans and followers of old and upcoming new artists alike. No wonder here in the Philippines, you see a lot of videoke bars around town. No matter where you are in the Philippines, be it in the buzzling metro or in a far flung barrio, finding a (working) videoke machine is no hard work. Moreover, finding a Pinoy belting out My Way or My Love Will See You Through, is an easy task.

If one hears a Pinoy sing his heart out in the middle of the day or for any other time of the day, for any local, is just an ordinary scene. But for foreigners, it’s a different thing especially to first- time visitors.  As they say, singing is distinctly Filipino, especially when we talk of videoke singing. A Pinoy is inseparable from the art, for his mind and soul clamors for it.

Showcasing the Pinoy’s natural talent, whether he is a true-blue singer or just a frustrated one, is more evident especially during fiestas, festivals and other events in the life of a belting Filipino. And this romance spans even before the time of Magellan. Even during the pre- Hispanic times, Filipinos were known to be intent music lovers. With their own ethnic musical instruments like flutes, nose flutes and guitars, they expressed their penchant for the art in any way they can.

A Filipino sees music as a way to express emotions and to celebrate life. And he knows it at heart how to take that step further and share that love with the rest of other enthusiasts elsewhere.

From life to death, music plays a vital role in a Filipino’s life. While an innocent child gets soothed by his mother’s lullaby when she sings Sa Ugoy ng Duyan or gets entertained by the nursery rhymes she mumbles to him, a dying Pinoy on the other hand, sometimes always had his list of songs to be played on his way to his new life.

Evidently, the numerous popular TV shows like the worldwide favorites American Idol (with our own Phil-Am Jessica Sanchez in it), X-Factor and The Voice among others are one of the clear manifestations and proof of how Pinoys go gaga over music. If these shows would not have garnered credible views and have failed to attract sufficient advertisers, TV networks would have stopped airing these often expensive franchises.

Thus, like any other custom and tradition passed on by the former colonizers of long ago, Filipinos’ intertwining romance  with music is here to entertain, unite and distinguish us as the belting Filipino that we are… wherever in the world we may be. 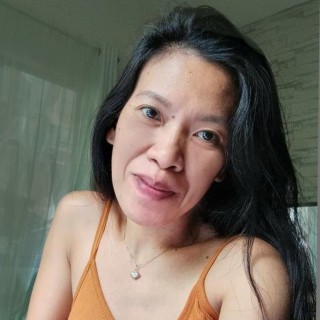 My Journey through the Years